An Adoptee’s Perspective: When Adoption is Hard 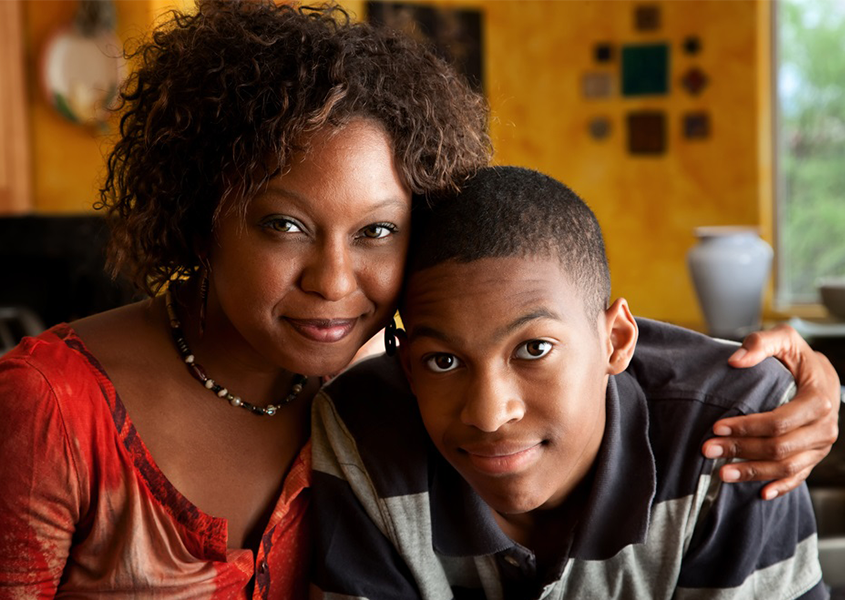 As the Director of Adoption and Child Welfare for Catholic Charities I hear so many stories of adoption. I work hand in hand with families looking to adopt, am there with them as they welcome a child into their family, and in some cases have had the privilege of meeting with birth families as well. Professionally I have been doing “all things adoption” for a little over 12 years. On a personal level it has been a lifetime. I am an adoptee.

November is National Adoption Month and this year at Catholic Charities we made the concerted effort/decision to try to focus on the voice of the adoptee. If you have been following us on social media you have seen video clips of adoptees answering the question what being adopted means to them. In some ways that is a simple question but in truth it is a HARD question. I have thought about this question for many years and have even been asked it from time-to-time. I had my answer down and pretty much would give the same answer every time I responded. That all changed in August of this year. My answer is now different. My answer now?? “Adoption is beautiful, adoption is heart-wrenching, adoption is joyful, adoption is loss, adoption is lifelong, and adoption is HARD.”

The reason that I took to telling my story this way instead of on video is that emotions are still too fresh. I am still processing and figuring things out. But I believe that we can only learn and teach if we are open and transparent. So, why is adoption hard? Let’s rewind; my parents were “forward thinking” for their time and always told me that I was adopted. There was no surprise there. I was not the kid that asked a lot of questions and was content in what I knew – my birth mother was 16 and my birth father was a little older. In graduate school I decided it might be interesting to search for my birth family so I made some initial inquiries and found out in Pennsylvania it was not an easy process, for my type of adoption, to initiate a search – ADOPTION IS HARD. I let it go at the time and moved on. 2016, now I was ready, I wanted to know where I came from. Where did I get my green eyes, my nose, what was my ethnic heritage, did I have any similar traits to my birth mother? So I began with the attorney who facilitated my adoption. He claimed to have no recollection of the adoption – ADOPTION IS HARD. Next I went to the courts (still called orphan court in Pennsylvania) and was told they had no records based on the little information I had – ADOPTION IS HARD. As a final recourse I decided to try Ancestry DNA and besides now knowing my ethnic heritage struck out again – ADOPTION IS HARD.

Now let’s talk about August 2020. 11:37 p.m. on Friday, August 7, 2020 to be exact. The night that a FB message popped up on my phone. The moment I read that a woman had an Ancestry DNA match that listed me as a “close relative” and she had been searching for her sister for years who had been adopted and could I possibly be that person. The answer, YES.

My life was privileged. I am THANKFUL that I have had the life I have. My life would have been drastically different and I am glad that it wasn’t. But then there is the guilt that creeps in, should I be thankful for that? ADOPTION IS HARD. Almost 4 months have passed since the day my world changed. I can say that it has mostly been for the better. But it has not come without it’s hardships. My body is manifesting externally what I am processing internally in physical ways which has sent me on many trips to the doctors and multiple tests. On the flip side it is good, I am slowly getting to know the family that shares my blood. I love seeing what we have in common while also learning about our uniqueness.

I first posted my story, when I was ready, on my Facebook page. A friend asked what would make me want to share this story publicly. One easy answer was that it was a quick way to let friends (beyond those I had told in person) what was going on in my life. But it was also a way to help share and educate others. Whether that be adoptive families, people who have friends or family who have been adopted, or adoptees themselves. ADOPTION IS HARD. It comes with trauma. Adoption comes with loss. Adoptees are the one group of the triad who have no say about adoption, the decision is made for them. Birth parents and adoptive parents alike need to respect that and understand that. This is our lives, our stories. I cannot speak for every adoptee out there. We each have our own unique story and journey. And while it is oftentimes beautiful no one can forget that each adoptee’s story began with loss and eventually that loss is going to emerge. For some it is when they are younger, for others it is when they are much, much older, or for me, it was at 39 years old.

So this adoption month take a few minutes and talk to those you know who are adopted. Listen to their stories, hear their perspective. You won’t be able to understand it fully as you have not walked it. But realize that as beautiful as their adoption is, it is also HARD and be ready to walk with each one through that hardness.